CONTRIBUTOR'S COR﻿NER– THE BEST DAY EVER
DERWIN BOWENS
Disclaimer: This article is the opinion of the author and does not reflect the opinion of the Student Consultants, Student Academic and Career Services, or the College of Business and Economics. 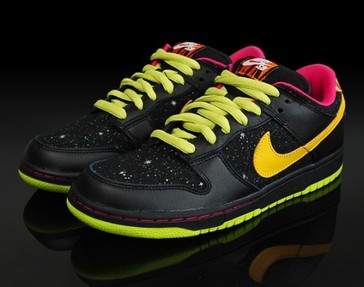 It was 2010 and I had just graduated from high school. Every day there was something different and exciting to get into. . It was one of the best summers of my life! But the best day of that summer, and the best day of my life, happened to be the day I experienced my first live concert. I wanted to go away to college in the fall, but decided to study at my local community college to save money and figure out my major. I wasn’t too thrilled to be going there because all of my friends who already go away for school always look like they’re living life and loving “college”. But I was going to make the best with where I was, and started to try and look forward to the school year.

One day I was in the cafeteria eating and my friend Brad whom I worked with at Finishline, sits down with me to talk about this event he heard of.  He said Wiz Khalifa was performing at the 930 Club in DC for only $25! Now as I said this was back in 2010, the same time “Black and Yellow” started getting radio play, so Wiz just started going commercial. I was excited because even before his ground breaking hit “Black and Yellow”, I was a fan of Wiz from some of his previous mixtapes: Flight School, How Fly, Star Power and K*** and OJ. So instantly without thinking twice we got online and order the tickets.The day came for the concert and everything was going great! The weather was perfect, my test came back an A, and I just got paid from my job. From the time I woke up, I knew it was going to be a good day that day. The show wasn’t until 9:30, which is ironic because it’s at the 930 Club, but we had a plan to get to the show early and get front row since it was our first concert. So we left for DC around 2pm to also hang out and enjoy the Georgetown area of Washington.

We get to DC and the city was looking gorgeous and the weather was awesome. When we make it to Georgetown, we all have the same idea in mind: we MUST go to Major! Major is a clothing store that sells vintage, exclusive and popular items from brands such as Obey, Nike, LRG, Crooks n Castle and Supreme. This was during my younger years when I wasn’t yet a broke college student, had much more time on my hands and was really into clothing and shoes. I got a pair of Nike SB Space Tigers which were some shoes I was looking for, for a long time. If I went home with those shoes alone and missed the concert, I would’ve been satisfied and still said it was a great day; that’s how much I liked those shoes.

So time starts rolling by and we’re having one of the best days of our lives. It’s around 5:30pm and we decide to stand in line because remember, we wanted to be front row. When we go to the venue we see a line of people already but waiting for some other show at 6. When we tell security that we’re waiting in line for the Wiz show at 6pm, they just laugh at our ambition to be first, but let us wait the wait. Mind you, this is around mid-Fall so temperatures were dropping and dropping fast. When I say that was the longest 4 hours of my life, I literally mean just that; it was freezing!

Time starts rolling by and we’re getting antsy anticipating the concert. By this time it’s around 8:30 and we think we’re going to go inside soon. As security starts to open the doors, he pulls me and my friends to the side and a couple of the other groups of people that were first in line. He takes us through backstage where we see all these autographs and photos of artist that have performed or appeared at the venue. The walls of writings were legendary and amazing to see some familiar names of people I listen to and admire in music. Being in that room listening to the DJ run through sets, backstage personnel run around to get the show together and the general atmosphere was more than enough to consider this the best day of my life, and the show STILL hasn’t even started yet! But then before I could even think, “is he ever going to perform?” the doors to the venue open up and we literally all-out-sprint to the front stage by the railings and secure our front row spots.

The show begins around 10:45pm and the venue is jumping!! Song after song Wiz Khalifa was performing like it was going to be his last concert ever on Earth, and I was lucky enough to be front row. He did some of his newer songs, but did A LOT of his underground songs too which only a true fan would know the lyrics. Me and my boys knew every song and rapped every verse with the crowd; in my mind I felt like I was giving the concert. Then to add to such a great performance, I guess since we were in DC where Wale represents, Wale came out to perform their song “The Breeze” together out of nowhere! Everyone was surprised because there was nothing said about him performing and he ended up performing some of his popular songs at the time too. Talk about a great concert! From the time I woke up that day to the car ride home, the only thing I was thinking was that I’m going to make this day one of the most memorable of all time… and I think I did just that. It was the best day ever. 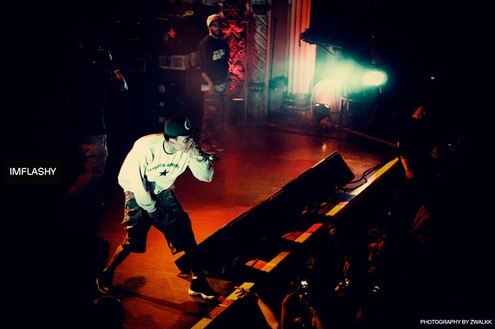