How many of you have heard this quote in some variation? Maybe you’ve heard that it brings May flowers instead of spring flowers. Either way, the showers in April bring some sort of flowers. At this point, you may be wondering why I am evaluating this quote so much. Well, I actually think this quote can be applied to more than its literal meaning.

To me, this quote can be applied throughout life in different situations. Sometimes rain can be very calming but other times can be torrential and troublesome. If you think of it as being torrential, or an issue, then the remainder of the quote can provide some hope. After the down pour comes beauty and happiness. I have also found this as a principle in life as well. Things do not always work out well in the beginning or may not be moving in the direction that you want it to, but no worries at all because something good may come out of it in the end.

This really applies to a situation I was in recently. I was in the process of applying to many different internships, which we all know can be very time consuming and stressful. I applied to three. Two out of the three I was denied, and they were the ones that I thought I really wanted. I was very nervous awaiting the response for the last one and lost hope, thinking that I would not get the third one either. Sometimes, when we lose this hope though, we lose focus and just think that things won’t work out. This often isn’t the case though. After waiting, about two weeks later, I got a call saying that I actually did get the last internship! I was happy to have gotten an internship but not ecstatic because I thought that it was not as good as the other two I wanted. Turns out, this internship paid more than the other two, and I actually loved it. The atmosphere was greater than I expected, the people were fun and the work provided great experience.

So, when ever you find yourself down about things that are not working out the way you desired them to, think of “April showers bring spring flowers.” Think of the end, not just the present, because sometimes these things happen for a reason and for a better end. 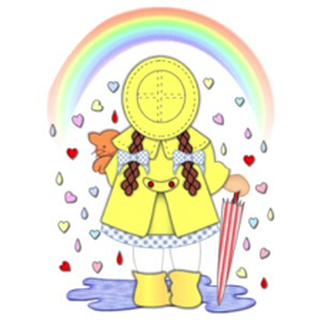